Growing up my last name was Wolfert. People made fun of it… Wolfart. Wolfat. Wolfy. I mean, really people?

Anyway. I grew up and got engaged and then married and people were asking if I was going to hyphenate my last name and I was like why? Are you crazy?? I’m going from W to A. Top of the alphabet. First in, first out. No waiting for speeches.  No need to sit through graduation or search for my mailbox at work. We’re one and done.
Really, I wanted to just be one last name and when or if we had kids, we would all have the same last name.

I went from a name I don’t think anyone else had to a name that I found out, a lot of other people have! I don’t mind though. It’s kind of funny to me because people now assume I speak Spanish or that I am Spanish. I wish I spoke Spanish. I can understand some of it. In reality, I am a whole bunch of basically eastern and central Europe. My mom’s parents are from Czechoslovaki and Poland. My fathers parents are from Germany, England and Ireland. My husband is Dominican which is a whole bunch of things mixed together too. So our kids are a little of a lot. *** Not my children***
I decided to change my last name when we got married. Honestly, I couldn’t wait. I think the week we got back from our honeymoon I was in the social security office with my marriage license and other documents.

I have never really looked back or thought too much about it until past Wednesday night. At work they had a little thing to congratulate the people who have been with the company for 5,10,15,20, 25 years…I was called up in front of work for 5 years in. Oh god, how I wished I were back to W. I get so nervous being in front of people and I was called up 2nd and we had to stand while they called everyone else… It’s not that big of a deal but it did make me think of graduation before I was married and sitting there just waiting for everyone else to go. 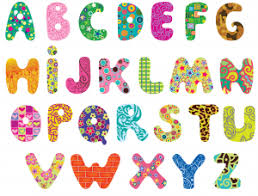